Chapter 2: Into the Fire

-Father, why did you pull him out of the void?-Nebula asked Thanos- He really doesn´t look like much, I hardly think he will ever make a worthy son someday-contempt filled her voice as she angrily glared at the unconscious figure that lied in the chambers bed.
-Patience daughter – Thanos replied – He has been falling through the void for over a month and a half, the fact that he is still alive makes him an interesting acquisition to our family.-
-I heard he’s one of the strongest mages of Asgard- Gamora added – but he looks too young father, you think he´s strong enough to be at your side?- though her voice mirrored her sisters emotions her eyes pitied him; she knew what awaited him, he would´ve been better dead.
-We´ll just have to wait and see- Thanos replied –Though he´ll have to be broken first, you both know I demand complete obedience and loyalty from my daughters I will demand the same from a son.-
Shivers went through both Gamora and Nebula spines as he utter the words, memories of Thanos breaking them flooded their minds.
-Yes father- they answered at unison as they bowed their heads in obedience.
-As soon as he´s able to walk you will bring him to me. Gamora I leave your new brother under your care – he told her as he left the chambers already grinning with the anticipation of the tortures he would submit Loki to.
-Yes, father- Gamora replied as he watched him leave, then he turned her eyes to Loki, he was emaciated, his eyes sunken, the signs of famish all over him. She sighed, she would have to get him healthy as soon as possible, Thanos wasn´t patient at all.
-I guess you got the worst part of the deal sister-Nebula said to Gamora pity on her voice.
Gamora turned to see her and replied with a smile –You and I both know sister that it´s Loki who´s getting the worst part, have you forgotten father´s breakings?-
-No, I haven´t- Nebula said as she looked away feeling uncomfortable with her sisters comment as she unconsciously nursed her arms. -I´ll leave you to your duties then.-she added as she left the chamber.
Gamora knew why Thanos had entrusted Loki to her care; he wanted to bid them both in obedience to him as he once did with Nebula. No matter how much she hated him, she always had to reconsider her stand due to her sister wellbeing and now he was going to do it again. It was impossible not to care for them as she was forced to heal their wounds only to send them back to him so he could torture them some more.
She looked at Loki as she caressed his hair, she felt so much pity for him, Thanos was going to torture him mercilessly until he bowed only to him as she had done with Nebula ans herself. She wished for him to broke fast and spare himself some suffering, but she knew that even under such pain spirits weren´t easy to break.
-Mother?-Loki mumbled as he regained consciousness under Gamora´ s soft touch.
-No, I´m afraid you aren’t in Asgard anymore-she repplied, there was no point in sugar covering the truth of his current position.
Loki´s heart skip a bit as he heard her response, his instincts kicked in suddenly as he felt threatened by the unfamiliar surroundings and voice, he tried to get out of the bed he was lying in. He hadn´t taken under consideration neither the weak state of his body nor had noticed the shackle wrapped around his left ankle that chained him into the bed while also binding his magic.
As he felt into the floor with a hard clash he became aware of both. As he got over the initial surprise he asked the green skinned woman standing beside him- Where am i? Who are you? What do you want from me?-
-Well, I think we´d better get you off the floor before I answer to your questions, can you get up?-Gamora asked.
Loki tried in vain to get his legs to answer to him, he´d been too long in the void –No- he answered as he shook his head both in frustration and shame.
Gamora sighed-I´ll get you up then- she scooped him up and placed him back in the bed. “Shit, he´s too skinny, he must have lost most of his normal weight” she thought to herself. –Now, let me explain your current situation-
AS she told Loki where he was, who was her and what Thanos intentions towards him were Loki´s heart sank with fear as he became aware he had jumped into the fire, again he had miscalculated.

The Princess and the Butterfly

My First Children´s Book for sale at lulu.com 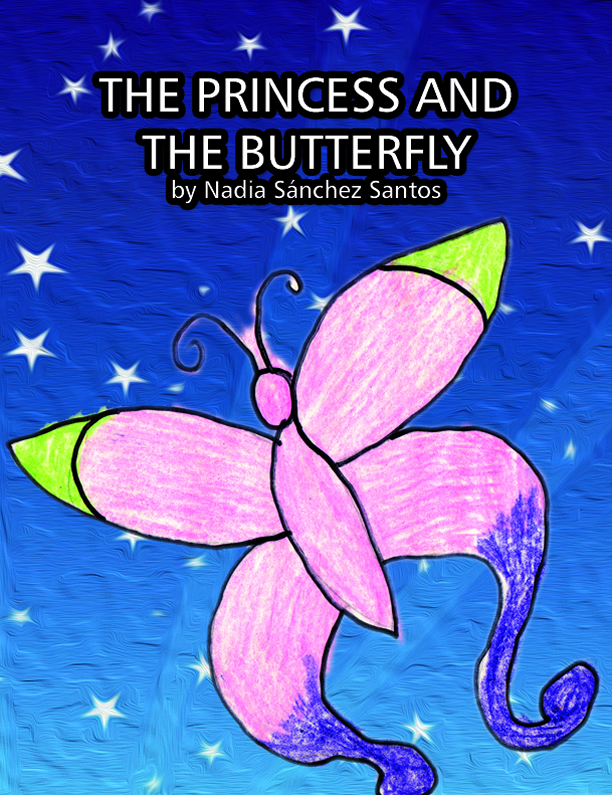 If you like my writtings please make a donation, if you can spare $1 dl I´ll appreciate it. Thanks

Theme by Anders Noren — Up ↑